About our Immigration Practice 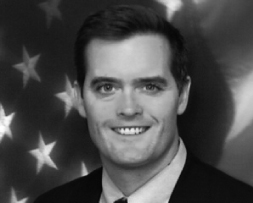 Prior to practicing immigration law, Mr. Harrington worked on Capitol Hill in Washington, DC. For three years, he served as a counsel to the House Committee on Science, Research Subcommittee. Among other topics, he handled issues relating to foreign-born researchers, including the need for additional H1B Visas. Attorney Harrington also spent two years working for New Mexico U.S. Senator Pete V. Domenici.

Mr. Harrington obtained his LL.M. degree from Georgetown University in Washington, DC and his J.D. degree, with honors, from Suffolk University Law School in Boston, Massachusetts. He received his bachelor’s degree from Boston College.

By serving our clients, our firm helps ensure that the United States remains the most innovative, technologically progressive and welcoming society in all of human history.

Our goal is to be the best Immigration Law Firm in the country, judged exclusively by how often our clients refer their friends and coworkers to our firm.

Interested in getting a FREE evaluation of your case?